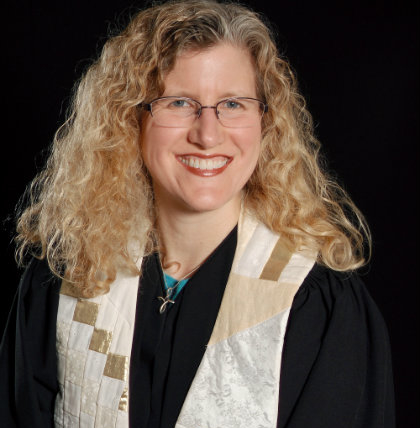 Jennifer was born and raised in Oklahoma City as the youngest of three daughters. Dancing from the age of three, she always recognized the gift of the body in communication and revelation. After spending a year as an undeclared major at Oklahoma State University, she transferred to Oklahoma City University to major in musical theater. Though she loved dancing, singing, and acting, she knew it was not to be her final vocation and finally graduated from Oklahoma City University with a degree in Mass Communication: Radio, TV, Film and a minor in English Literature. After college she moved to New Hampshire where she worked in Massachusetts at a radio station in sales, taught dance in New Hampshire, and was a DJ at a radio station in Hew Hampshire, all at the same time! During her two years in New England she received her call into ministry and traveled to Evanston, Illinois to attend Garrett-Evangelical Theological Seminary where she graduated with her Master of Divinity degree.

During seminary she helped start a new United Methodist Church and then spent a year in California before returning to Oklahoma to serve as the Associate Pastor at Bartlesville First United Methodist Church from 2000-2005. In 2005 she was called to Oklahoma City University as the Director of Religious Life/Campus Minister where she spent 9 years in ministry. Upon being accepted into the Doctor of Ministry program at Pacific School of Religion in Berkeley, California, she and her family moved to California for a year to complete the majority of her coursework and enjoy the beautiful weather and adventures of the Bay area. Jennifer is focusing her studies on Theology and the Arts and working towards her dissertation topic which is presently and loosely titled “Dance Theology from the Word to Praxis: Bringing the Body into Preaching, Teaching, Prayer, and Pastoral Care.”

Jennifer’s husband, Jason Bush, is an accountant and loves sports. Originally from Enid, he and Jennifer met through a mutual friend at a gathering of the Oklahoma Annual Conference. You never know what things will come out of Annual Conference! They are enjoying Oologah along with their two children.